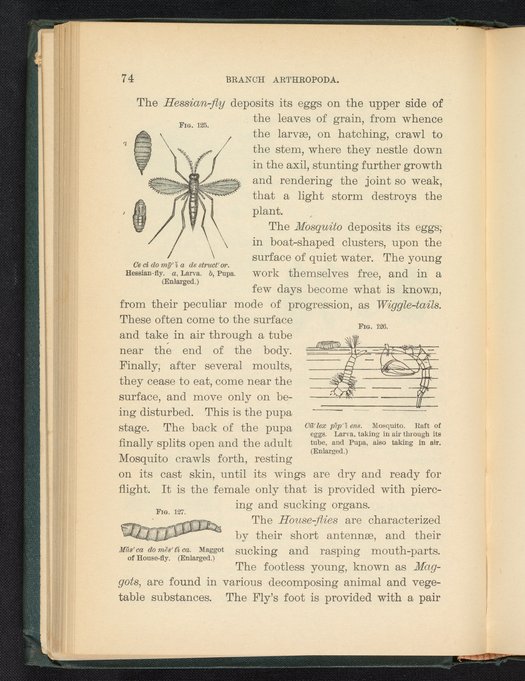 Figures 125, 126, and 127 of the 1887 volume Popular Zoology. Figure 125 depicts a Hessian fly, or barley midge, with enlarged views of the larval and pupa stages. Figure 126 depicts a mosquito, with view of a raft of eggs, as well as the larva and pupa taking in air. Figure 127 depicts the maggot of a housefly.