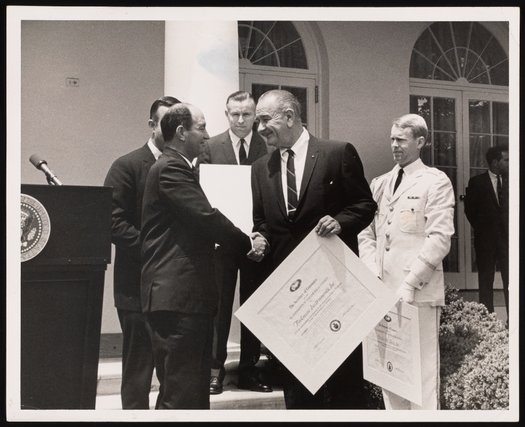 The archives' collection information describes this as an "F" award, but that is very likely an error. The President's E (Exports) Award was established in 1961 as a way for the United States' Department of Commerce to recognize contributions to expanding U.S. trade. Ballhaus became president of Beckman Instruments in 1965, so if this photograph was taken in or after that year, it it likely he was accepting the award on behalf of that company.