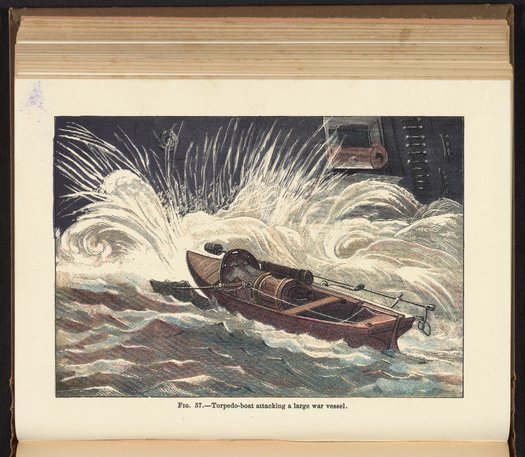 Color plate depicts a torpedo boat attacking a large war vessel. Accompanying text mentions how a quick-moving torpedo boat can position the torpedo device in close proximity of the enemy war ship and withdrawal in time to avoid the impending explosion.