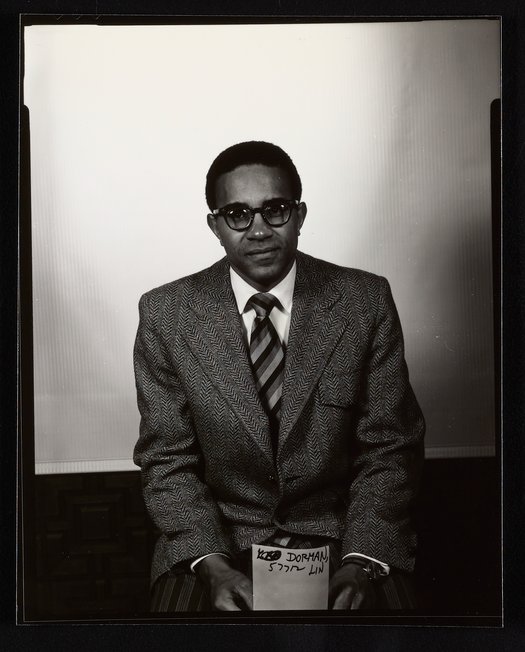 Photograph of Dr. Linneaus C. Dorman (1935-), believed to be the first African American scientist employed at the Dow Chemical Company.

Linneaus "Lin" Dorman was born on June 28, 1935 in Orangeburg, South Carolina. Dorman earned his B.S. from Bradley University in 1956 and his Ph.D. in organic chemistry from Indiana University in 1961. He began working for Dow the same year he completed his doctorate and specialized in biomaterial and pharmaceutical products. Later in his career at Dow, Dorman focused on elastic materials such as rubber.

Dorman joined the American Chemical Society (ACS) in 1957 and served in a number of administrative positions. He has been credited with over twenty inventions and patents in organic chemistry and biomaterials. He has also been the recipient of several awards including Inventor of the Year by Dow Chemical Company in 1983, and the National Organization for the Professional Advancement of Black Chemists and Chemical Engineers’ most prestigious award, the Percy C. Julian Award in 1992.

Dorman retired from Dow in 1994 and now serves his community of Midland, Michigan and the scientific community at large as a mentor and supporter of education through various scholarship funds.