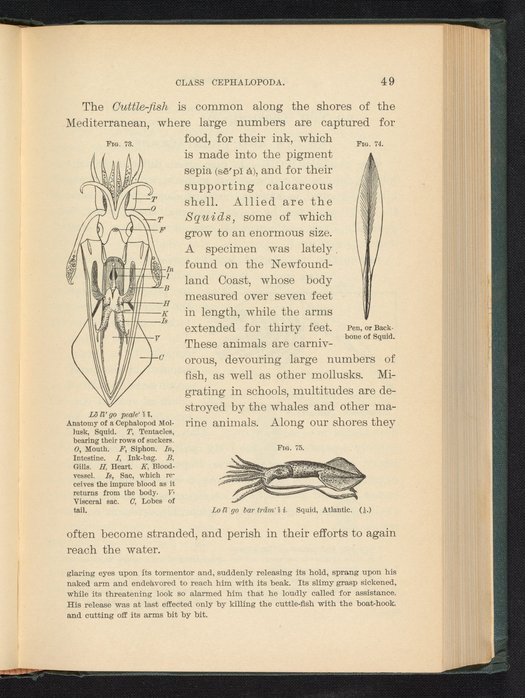 Figures 73, 74, and 75 of the 1887 volume Popular Zoology. Figure 73 depicts the anatomy of a squid, with view the tentacles, siphon, and gills, among other parts. Figure 74 depicts the pen, or backbone of a squid. Figure 75 depicts an Atlantic squid.