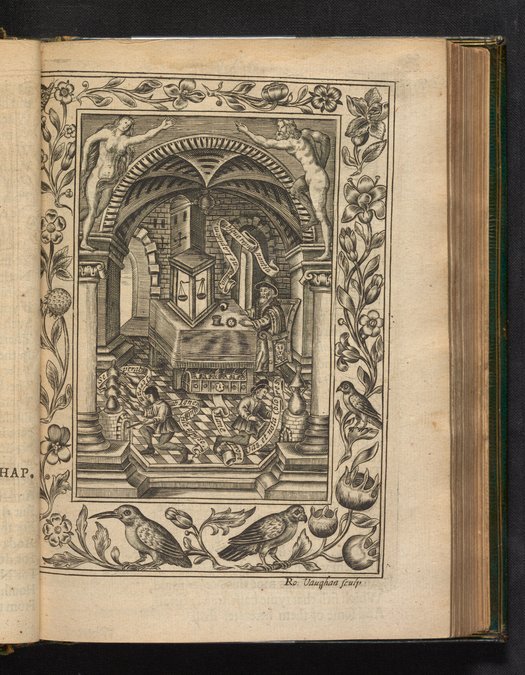 This 17th-century engraving is from Thomas Norton's The Ordinall of Alchimy and was made after a 15th-century illuminated manuscript (now preserved in the British Library). Norton, a practicing alchemist, depicts an early laboratory scene with an enclosed balance.