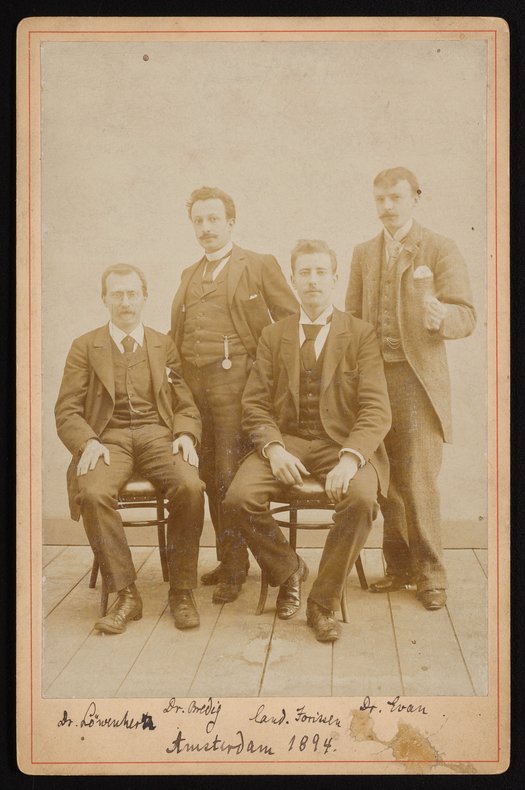 Black and white photograph of Georg Bredig (1868-1944) pictured standing on the left of his colleauges in Amsterdam.

Georg Bredig was a German physical chemist known for his work with catalysts, reaction kinetics, and electrochemistry. In 1898 he created Bredig's Arc method, which became the preferred chemical method for preparing colloidal solutions of metals. Bredig studied with a number of notable scientists including Wilhelm Ostwald (1853-1932), Jacobus Henricus van’t Hoff (1852-1911), Marcellin Berthelot (1827-1907) and Svante Arrhenius (1859-1927). In 1894, Bredig traveled to Amsterdam to study physical chemistry under Jacobus van’t Hoff (1852-1911).

Bredig taught at the Technische Hochschule, Karlsruhe from 1911 until he was forced to resign in 1933 when the National Socialist party banned Jewish people from holding academic positions. In 1940 Bredig left Germany for the Netherlands and ultimately emigrated to the United States. In 1894, Bredig traveled to Amsterdam to study physical chemistry under Jacobus van’t Hoff (1852-1911). 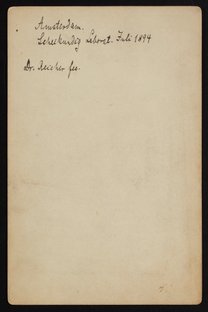