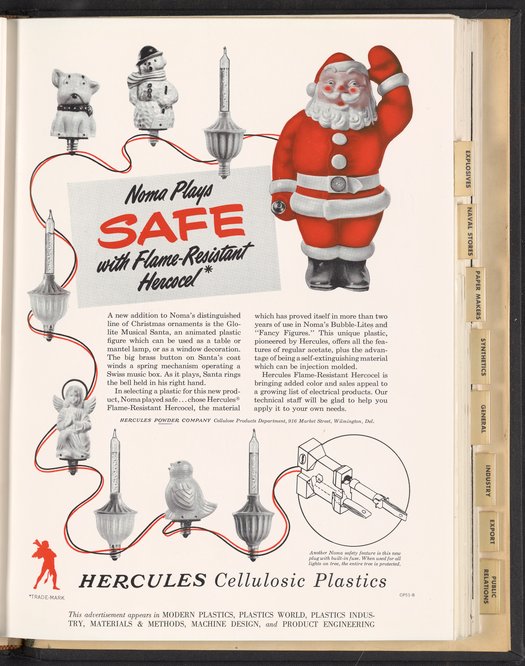 Color print advertisement for Hercocel flame-resistant acetate, made with cellulosic acetate molding powder manufactured and sold by the Hercules Powder Company. The advertisement features a variety of electric Christmas ornaments, as well as an inset illustration of a built-in fuse. The accompanying text describes the use of Hercocel flame-resistant acetate in a number of Christmas ornaments manufactured by Noma, including Bubble Lights, "Fancy Figures" and the Glo-Lite Musical Santa. This advertisement appeared in Modern Plastics, Plastics World, Plastics Industry, Materials & Methods, Machine Design, and Product Engineering.