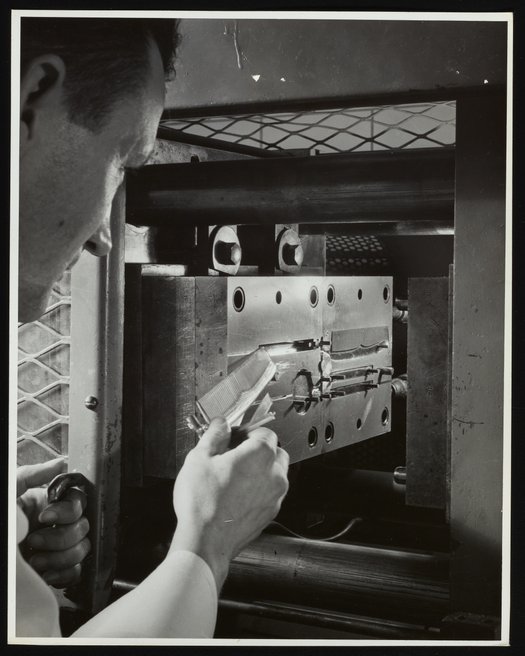 Close-up view of operator Felix Nakielny removing a test piece from an injection mold apparatus used in the Plastics Laboratory at the Hercules Powder Company plant in Parlin, New Jersey. Per notations accompanying the photograph, the machine, a 4 ounce Reed-Prentice, was used to obtain molding and physical data for cellulose materials. The Parlin plant commonly produced ethyl cellulose, nitrocellulose and, cellulose acetate, which were purchased by a variety of public and private industries as a raw material for use in plastics, films, lacquers, and other materials.