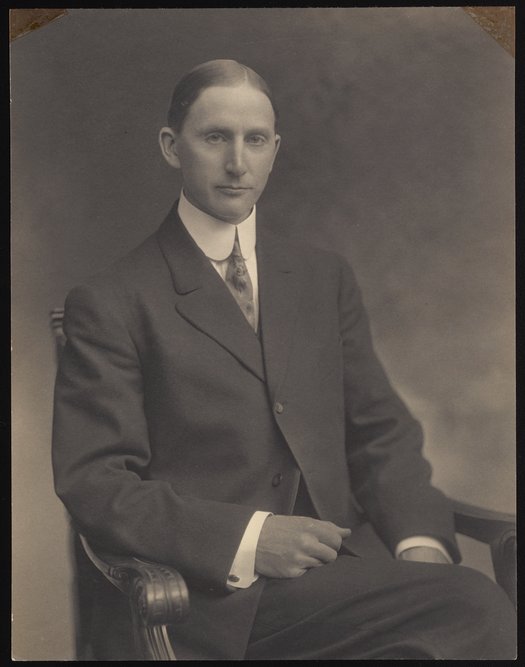 Portrait of American chemist Martin Hill Ittner (1870-1945), one of the first chemists in the United States to develop successful methods for the hydrogenation of fatty oils, which helps turn liquid oils into solids.

Martin Hill Ittner was born on May 2, 1870 in Berlin Heights, Ohio and educated at Washington University in St. Louis, where he earned a Bachelor’s degree in philosophy in 1892 and a Bachelor’s degree in chemistry in 1894. He then entered Harvard University and graduated with both a Master’s degree and a PhD in organic chemistry in 1896. In December 1896, Ittner joined Colgate & Co. and quickly rose to become chief chemist and chemical engineer at the company. At Colgate, Ittner was one of the first chemists in the United States to develop successful methods for the hydrogenation of fatty oils and, over the course of his career, produced multiple patents for the company, including patents for making washing soap from petroleum hydrocarbons and new processes for making soap and glycerol.