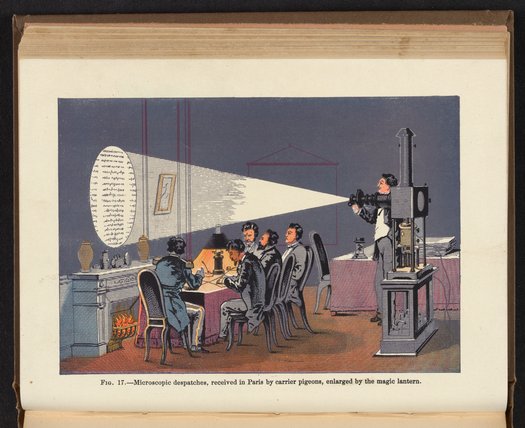 Color plate depicts a man operating a magic lantern, specifically the Duboscq Megascope, to discern microscopic dispatches delivered in Paris by carrier pigeons. Homing pigeons were utilized for communication during the Siege of Paris in 1870 when Parisians were surrounded by German armies, preventing correspondence with the outer world. The pigeons carried a microfilmed dispatch which could be read upon magnification via a magic lantern projector, as pictured in this illustration.