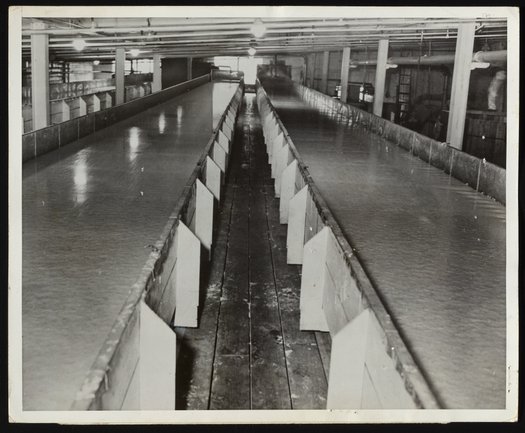 General view looking down either side of a riffle trough at the Hercules Powder Company plant in Hopewell, Virginia. The trough may have been used to clean and catch particles during the production of so-called "chemical cotton," a type of purified cellulose obtained from raw cotton linters.