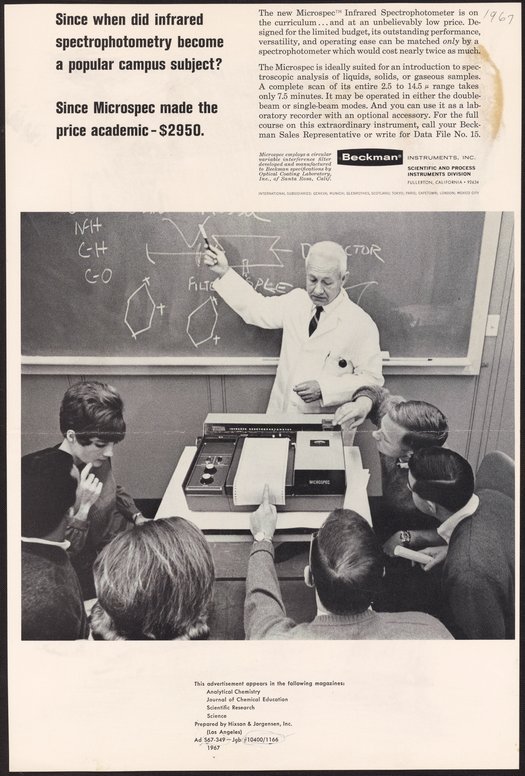 Advertisement for the Microspec Infrared Spectrophotometer, made by Beckman Instruments.

Since when did infrared spectrophotometery become a popular campus subject?