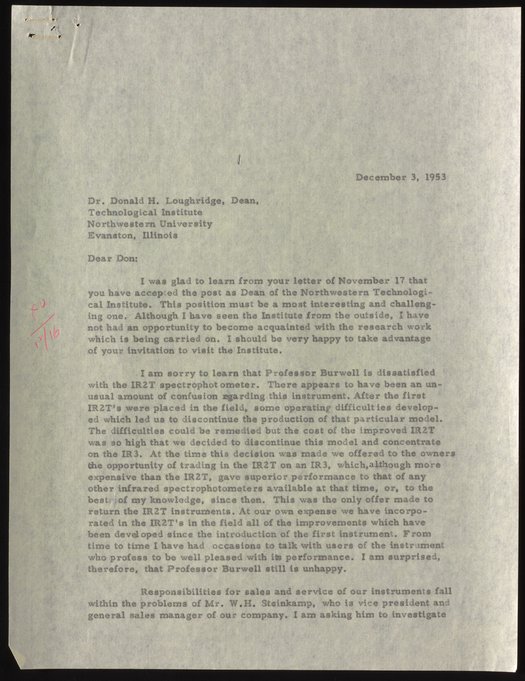 In response to Donald Loughridge's complaints about the performance of the IR-2T spectrophotometer, Arnold Beckman defers to general sales manager W. H. Steinkamp and expresses confidence that he will bring the instrument up to "first class condition." Beckman does note that performance issues caused the company to abandon production of the IR-2T. 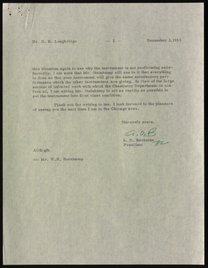