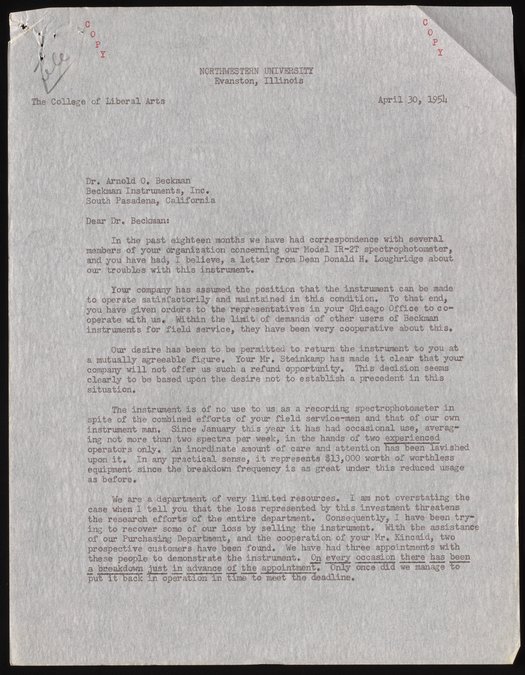 Allen Hussey, the director of Northwestern University's chemical laboratories, discusses the frequent breakdowns of the IR-2T spectrophotometer, the practical and ethical barriers to selling it to recoup expenses, and in lieu of a refund solicits a financial gift from the company. 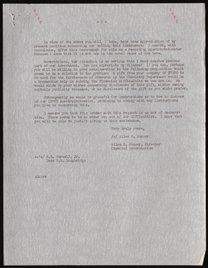