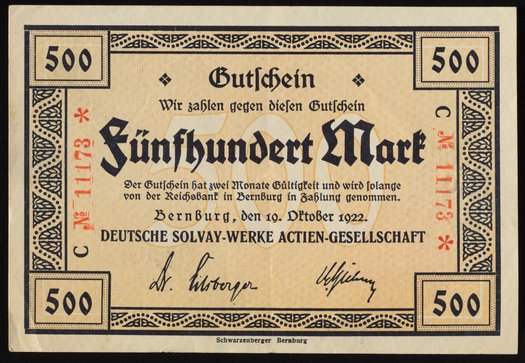 This Fünfhundert Mark Gutschein, or five hundred Mark voucher, was issued by Deutsche Solvay-Werke Actien-Gesellschaft. Styled after a banknote, this company scrip includes the company seal and a Bezahlt, or paid, cancellation stamp on the verso. Paper features a watermark design.

Deutsche Solvay-Werke Actien-Gesellschaft produced soda ash and was the largest multinational chemical company in the world prior to World War One.