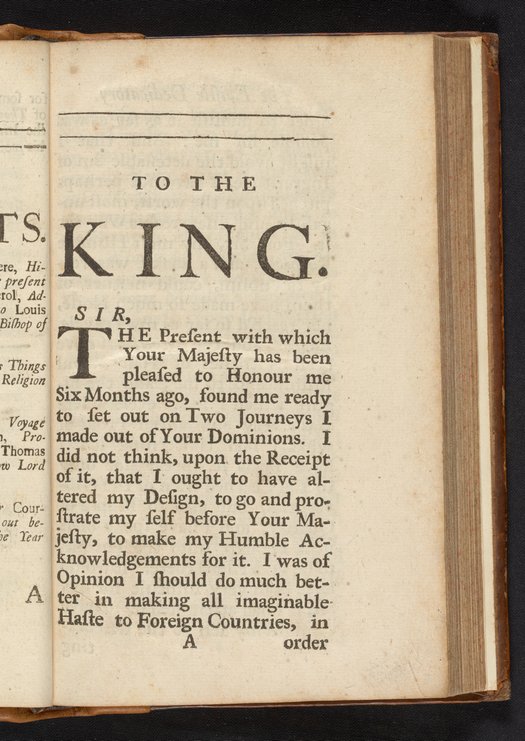 This page introduces a letter written to King Louis XIV (1638-1715), published in A Voyage to England: Containing Many Things Relating to the State of Learning, Religion, and Other Curiosities of that Kingdom. It was originally written by Monsieur Sorbière (1615-1670) on 12 December, 1663 in Paris. In this letter Sorbière shows his immense respect for the King and implores him to read his observations from his travels through England, with the hope that the King will support a French academy of Science.

Sorbière, Samuel, M. Graverol, and Sprat, Thomas 1713. “Introduction to M. Samuel Sorbière's Letter to King Louis XIV.” In A Voyage to England: Containing Many Things Relating to the State of Learning, Religion, and Other Curiosities of That Kingdom. London, England: J. Woodard, 1709. https://digital.sciencehistory.org/works/g7ffkqf.