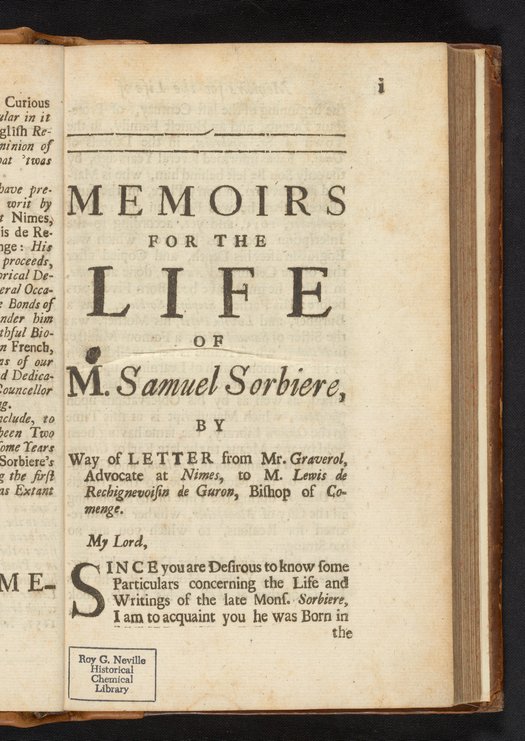 This page introduces the section of A Voyage to England: Containing Many Things Relating to the State of Learning, Religion, and Other Curiosities of that Kingdom that contains a memoir of the life of Monsieur Samuel Sorbière (1615-1670), written by Mr. Graverol, Advocate at Nimes, to M. Lewis de Rechignevofin de Guron, Bishop of Commenge.

Sorbière, Samuel, M. Graverol, and Sprat, Thomas 1713. “Memoirs for the Life of M. Samuel Sorbiere.” In A Voyage to England: Containing Many Things Relating to the State of Learning, Religion, and Other Curiosities of That Kingdom. London, England: J. Woodard, 1709. https://digital.sciencehistory.org/works/duvek8l.

Memoirs for the Life of M. Samuel Sorbiere