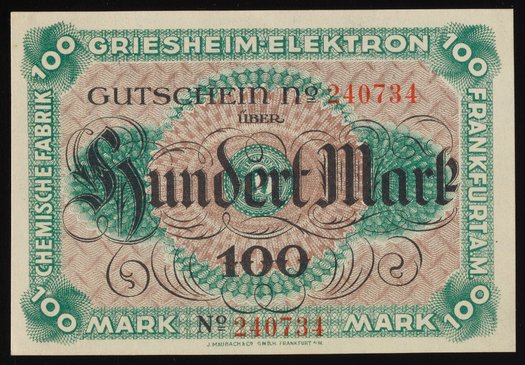 This Hundert Mark Gutschein, or one hundred Mark voucher, was issued by Chemische Fabrik Griesheim-Elektron. Styled after a banknote, the verso of this company scrip includes the terms of the scrip. Paper features a watermark design.