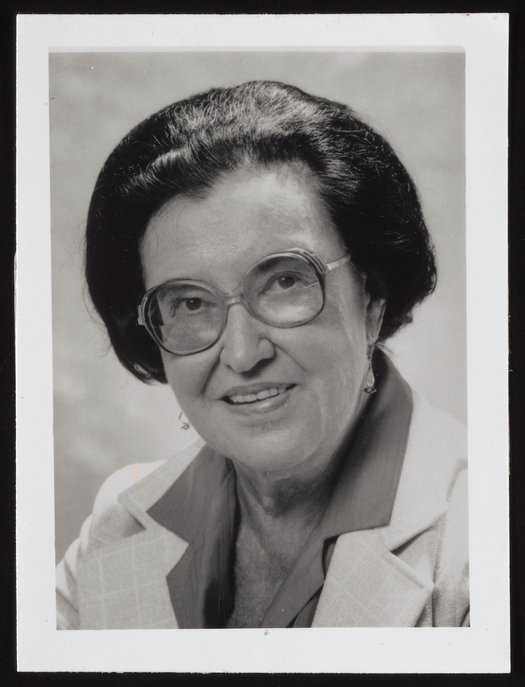 Portrait of Rosalyn Sussman Yalow (1921-2011), an American medical physicist and co-recipient of the 1977 Nobel Prize in Physiology or Medicine for the development of the radioimmunoassay (RIA) technique.

Rosalind Sussman Yalow was born on July 19, 1921 in New York, New York and completed her undergraduate work at Hunter College in 1941. She went on to study physics at the University of Illinois at Urbana-Champaign and earned her PhD in 1945. After completing her doctorate, Yalow joined the Bronx Veterans Administration Medical Center to assist with its radioisotope service and subsequently collaborated with Solomon Berson to develop radioimmunoassay (RIA), a radioisotope tracing technique that allows the measurement of tiny quantities of various biological substances in human blood, as well as other biologically active substances. Originally used to study insulin levels, the RIA technique has since been applied to myriad other substances, including hormones, vitamins, and enzymes, and used to screen blood donations for hepatitis virus and determine effective dosage levels of drugs and antibiotics, among other practical applications. In addition to the Nobel Prize, Yalow was the first female recipient of the Albert Lasker Basic Medical Research Award (1976) and was awarded the National Medal of Science in 1988. Rosalyn Sussman Yalow died on May 30, 2011 in New York, New York.