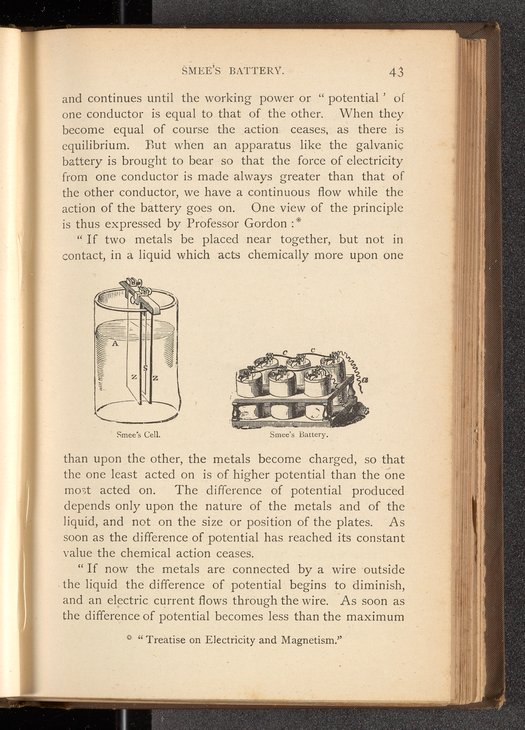 These illustrations are found in the publication, Wonders of Electricity and the Elements, an educational volume covering a variety of topics related to electricity and the chemical elements in two parts. The first half of the volume is devoted to electrical and magnetic discoveries and modern electric machines, including the telegraph, while the second half explores the elements through the categories of metals, bases, salts, and acids. The volume is profusely illustrated throughout, including many illustrations depicting a range of scientific experiments and electrical machinery. An extensive listing of other Ward, Lock & Co. publications completes the volume.

“Smee's Cell and Smee's Battery.” Wonders of Electricity and the Elements, Being a Popular Account of Modern Electrical and Magnetic Discoveries, Magnetism and Electric Machines, the Electric Telegraph and the Electric Light, and the Metal Bases, Salt, and Acids. London, England: Lock Ward, 1870–1900. https://digital.sciencehistory.org/works/hgiqwfc.