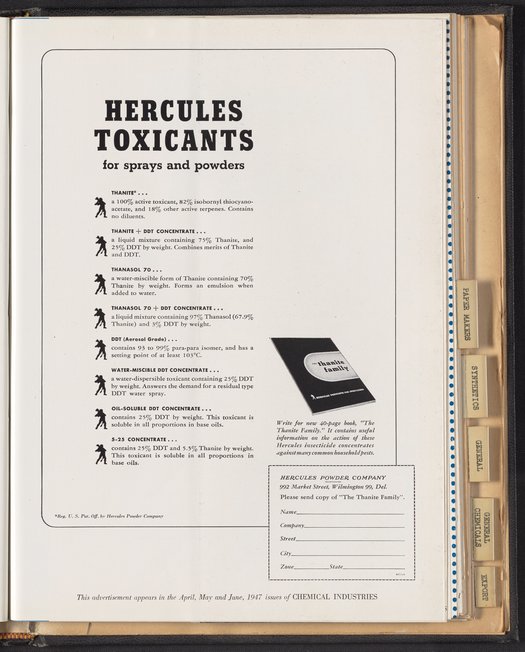 Advertisement for Thanite and other toxicants manufactured and sold by the Hercules Powder Company for use in pesticides and insecticides. This advertisement appeared in the April, May, and June 1947 issues of Chemical Industries.

Hercules Toxicants for Sprays and Powders