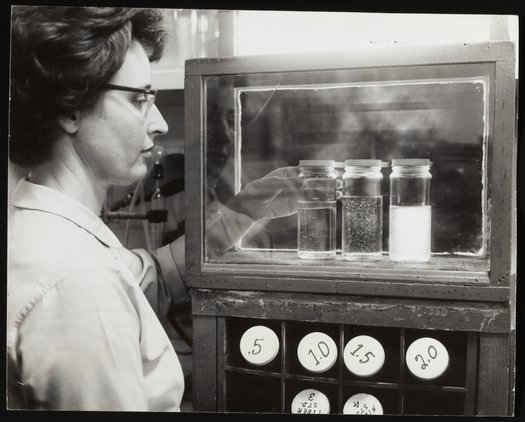 Two views of employee Mildred Wells testing samples of carboxymethyl cellulose (CMC) for residual fibers at the Hercules Powder Company plant in Hopewell, Virginia. As visible in the photograph, the samples were placed between two sheets of polarized glass, a standard method for exposing residual stresses or impurities that arise as molten polymer is cooled. Also known as cellulose gum or tylose powder, CMC is a cellulose derivative commonly used as a thickening agent or to stabilize emulsions in a range of materials, including toothpaste, water-based paints, detergents, and various paper products. 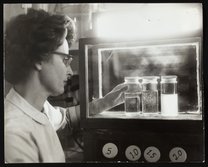