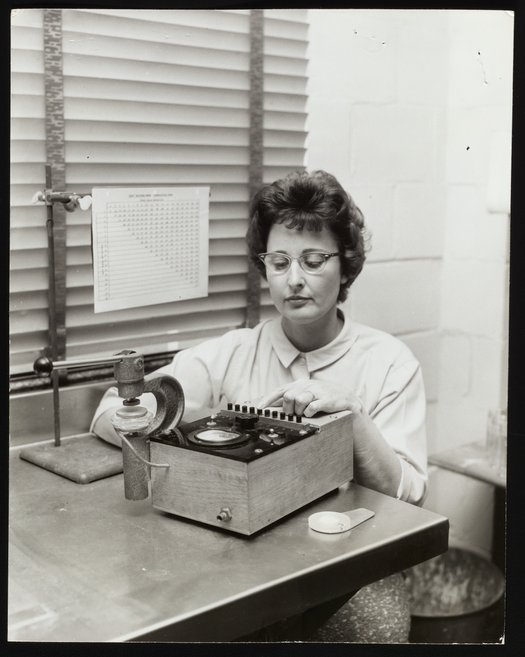 General view of employee Mildred Wells using a Hart moisture meter to measure the moisture in a sample of carboxymethyl cellulose (CMC) at the Hercules Powder Company plant in Hopewell, Virginia. Also known as cellulose gum or tylose powder, CMC is a cellulose derivative commonly used as a thickening agent or to stabilize emulsions in a range of materials, including toothpaste, water-based paints, detergents, and various paper products.