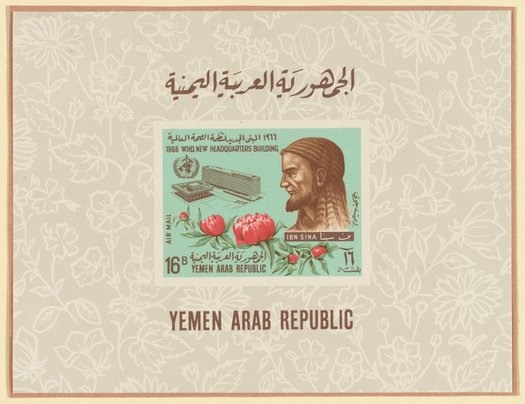 Stamp issued by the Yemen Arab Republic depicting Persian polymath Avicenna (circa 980 - 1037), also known as Ibn Sina, Abu Ali Sina, and Pur Sina, as well as red roses and the new World Health Organization headquarters in Geneva completed in 1966. Avicenna is regarded as one of the most significant physicians, astronomers, and writers of the Islamic Golden Age, as well as the father of modern medicine.