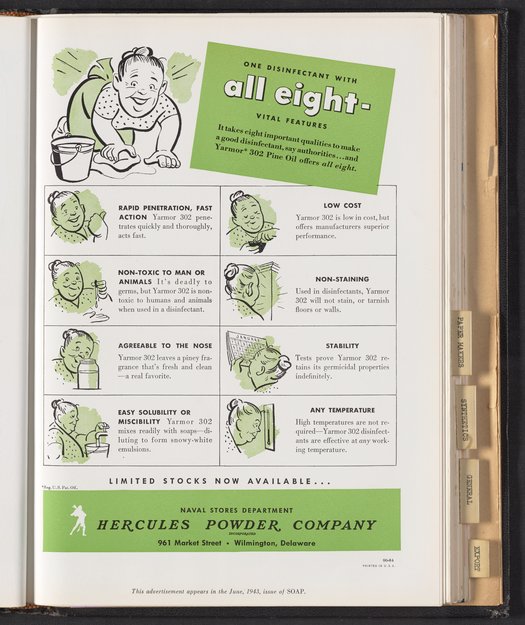 Advertisement for Yarmor 302 Pine Oil manufactured and sold by the Hercules Powder Company for use in disinfectants. The advertisement details eight so-called vital qualities for good disinfectants, including low cost, pleasant odor, and stability. This advertisement appeared in the June 1943 issue of Soap.

One Disinfectant with All Eight Vital Features