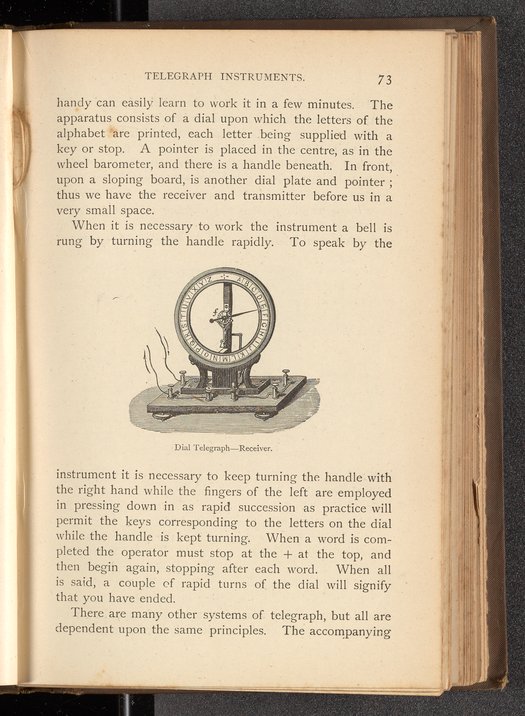 Illustration depicting the receiver component of a dial telegraph. Devised by French watchmaker Louis-François Breguet, the dial telegraph had both the appearance and working mechanism of a clock. When activated by an electric current from the sender, a spring connected by gears rotated the needle around the dial, which was divided into 26 slots. The starting position at the top, noted by a cross, left room for 25 letters and, at the end of each word, the needle would return to the starting position. Some versions, as in the case of this illustration, omitted the letter W while others omitted the letter J.

Ward, Lock. “Dial Telegraph Receiver.” Wonders of Electricity and the Elements, Being a Popular Account of Modern Electrical and Magnetic Discoveries, Magnetism and Electric Machines, the Electric Telegraph and the Electric Light, and the Metal Bases, Salt, and Acids. London, England, 1870–1900. https://digital.sciencehistory.org/works/iax6r07.