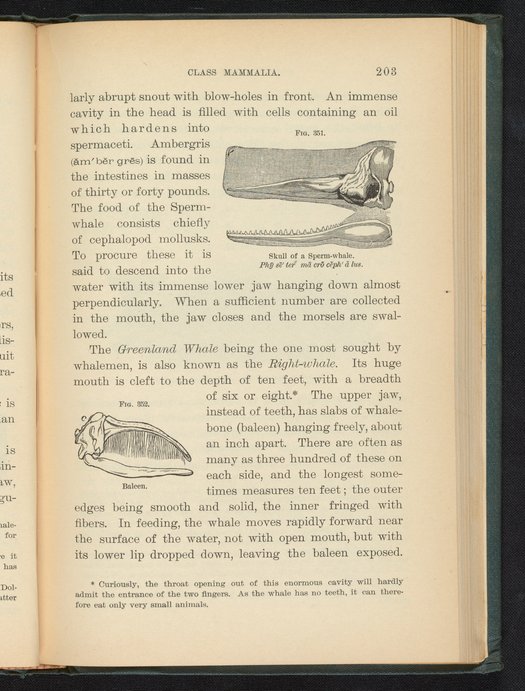 Figures 351 and 352 of the 1887 volume Popular Zoology. Figure 351 depicts the skull of a sperm whale. Figure 352 depicts the filter-feeding system inside the mouth of a baleen whale.