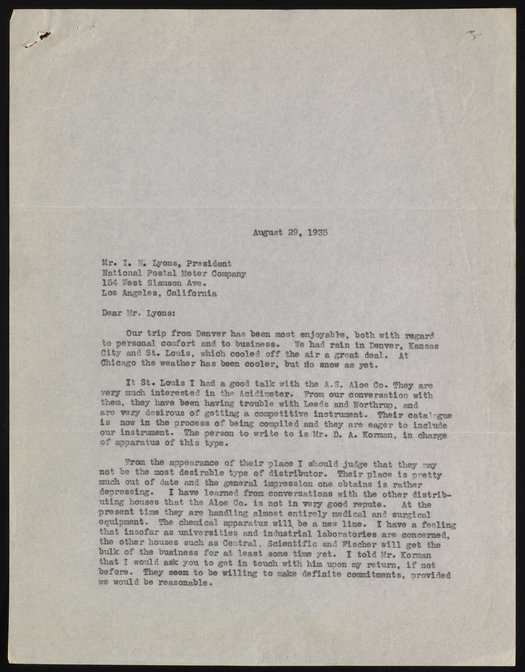 Regarding Beckman's business travels to meet with a potential acidimeter distributor, A. S. Aloe Co., and Drs. Ball and Rodewald at the Washington University in St. Louis. 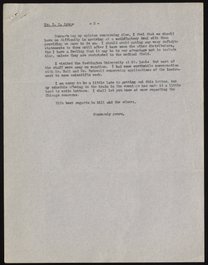