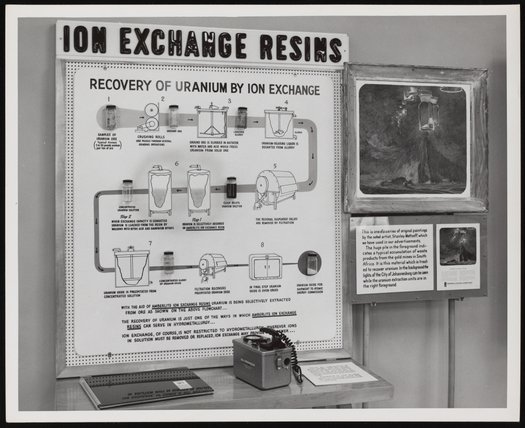 General view of an exhibit panel on ion exchange resins exhibited at the 1956 Rohm and Haas Company stockholders' meeting. The panel features a diagram depicting the process of recovering uranium by ion exchange. The panel is accompanied by a Geiger counter, as well as an original painting by artist Stanley Meltzoff (1917-2006) depicting a typical accumulation of waste products from South African gold mines.