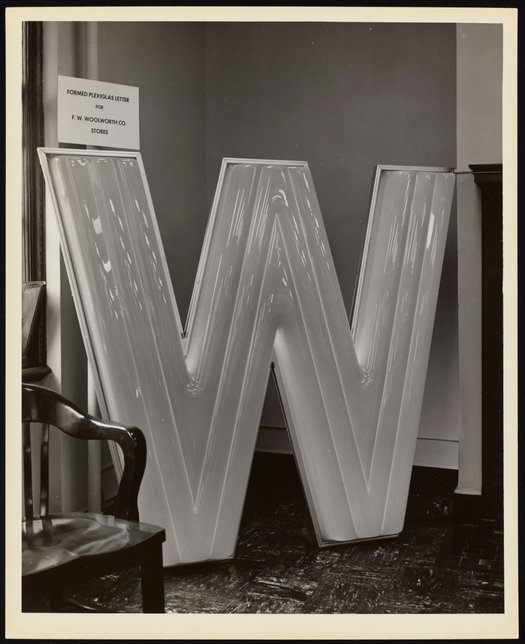 General view of a formed Plexiglas letter manufactured by the Rohm and Haas Company for the F.W. Woolworth Company.