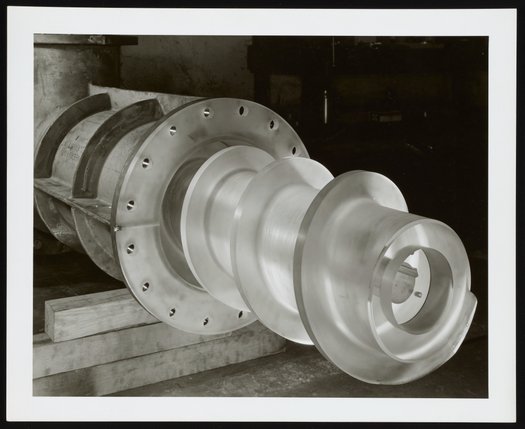 Close-up view of a Plexiglas auger (a type of drilling device or drill bit) manufactured at an unidentified Rohm and Haas Company facility.