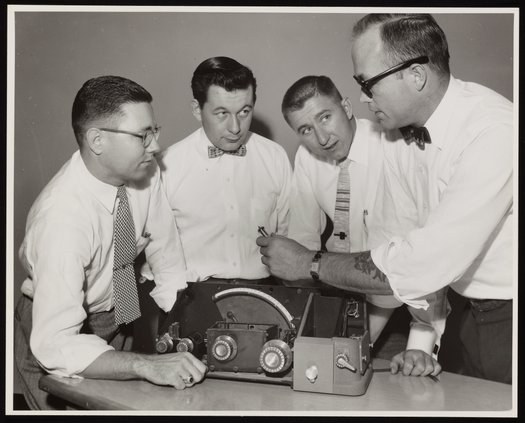 An unidentified man with a tattoo on his forearm has removed the case of a Model B DU Spectrophotometer in order to demonstrate its functions to three other (also unidentified) men.

Demonstration of a Beckman Model B Spectrophotometer