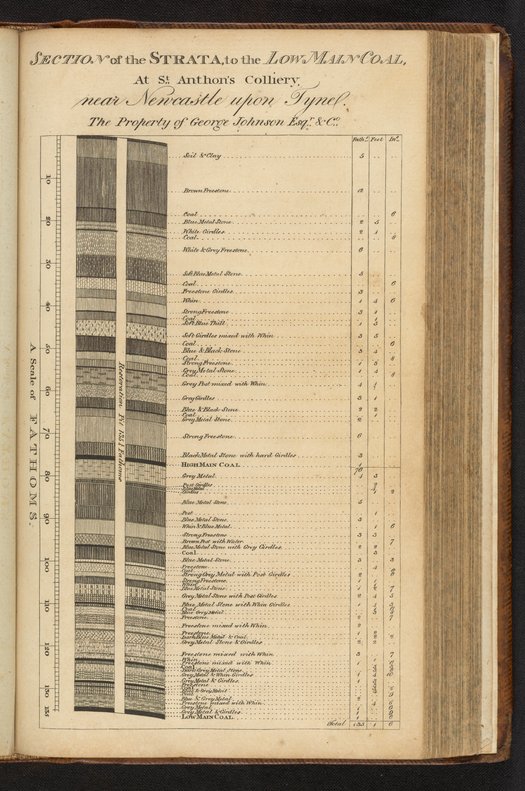 This plate depicts a section of the strata to the low main coal at St. Anthon's Colliery near Newcastle upon Tyne. The left-hand side of the graph shows a ruler denoting the different layers on a scale of fathoms. A fathom equates to around 6 feet or 2 yards. The right-hand side of the graph shows more specific measurements of some of the layers in terms of fathoms, feet, and inches.

This plate is not in the French original and was likely added by a different author or the translator.

Faujas-de-St.-Fond, cit. (Barthélemy). “Section of Strata to the Low Main Coal at St. Anthon's Colliery.” In Travels in England, Scotland, and the Hebrides: Undertaken for the Purpose of Examining the State of the Arts, the Sciences, Natural History and Manners, in Great Britain, Vol. 1. London, England: James Ridgway, 1799. https://digital.sciencehistory.org/works/kz93pty.

Section of Strata to the Low Main Coal at St. Anthon's Colliery