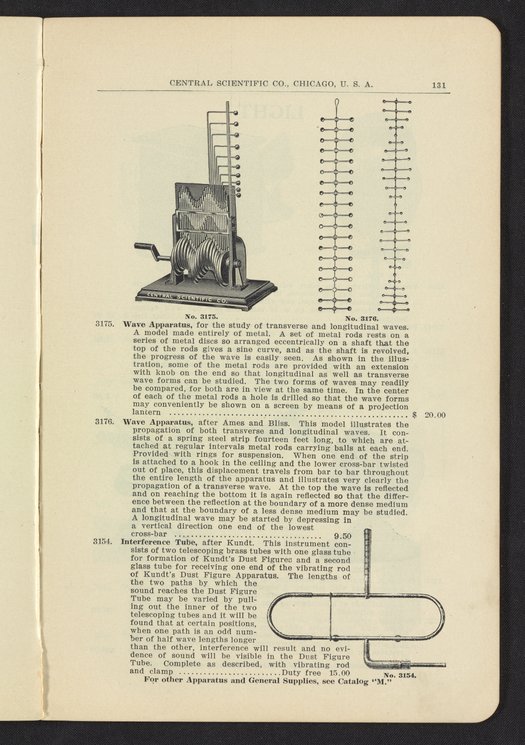 Catalog entry for wave apparatuses for the study of transverse and longitudinal waves.