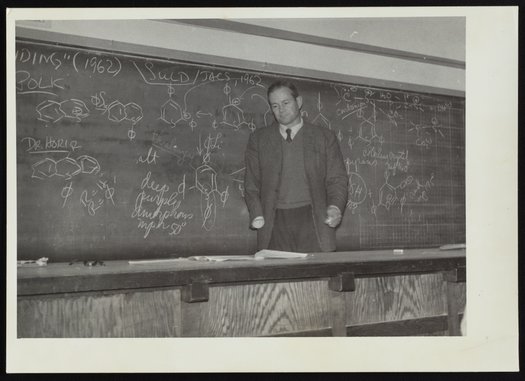 General view of American chemist Charles C. Price standing in front of a blackboard covered with assorted chemical notations. This photograph was taken at either Osaka University or Kyoto University in Japan, where Price served as a Fulbright Professor in 1962.