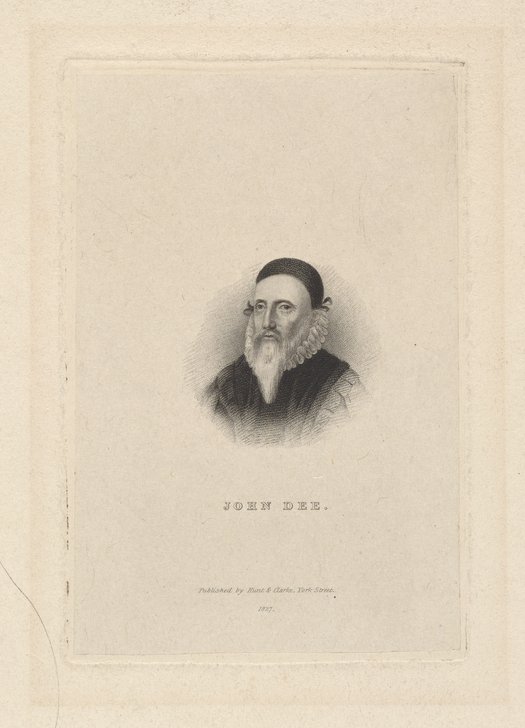 This portrait of the famed alchemist John Dee (1527-1609) shows a bearded, elderly man attired in the fashion of the Elizabethan court, complete with a sober scholar's cap and a starched collar ruff. It closely resembles an anonymous portrait of the alchemist dating from the 16th century. Dee was an adviser to Elizabeth I, as well as a mathematician, astronomer, and occultist. He is best-known for the series of "angelic conversations" in which he claimed to have communicated with divine figures who revealed alchemical and cosmological secrets of the universe, yet he was also an accomplished scholar of navigation and cartography. In this latter capacity Dee provided training to English explorers and championed England's expanding maritime empire.