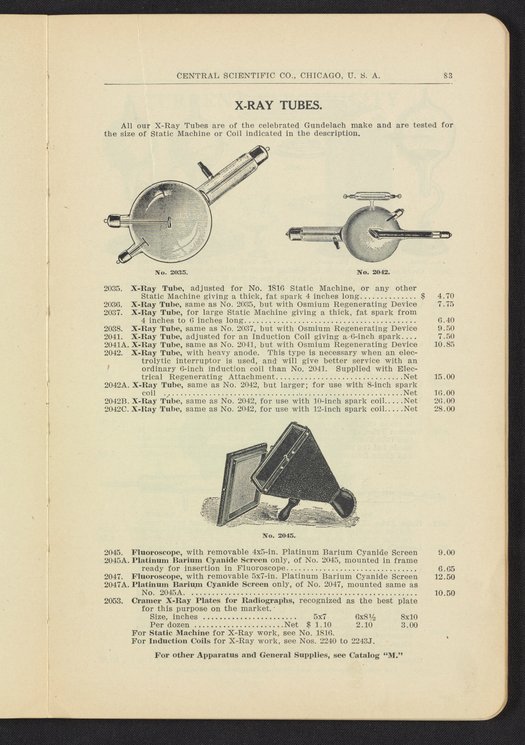 Catalog entries for standard battery cells and a Dynamo Analysis Apparatus, an early example of an electrical generator.