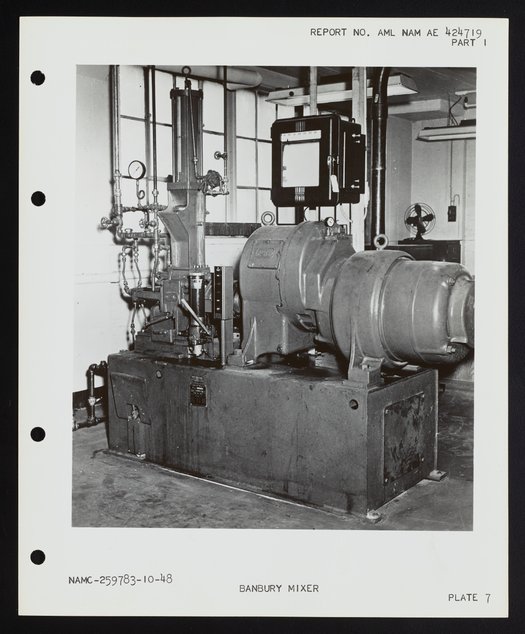 View of the Banbury Mixer used in the Rubber Compounding and Processing Laboratory at the Naval Air Experimental Station. The mixer is a Farrel-Birmingham Co. size B Banbury Mixer with a 25 H.P. motor and four-speed control switches. At the laboratory, the mixer was used to break down and mix rubber stocks that proved difficult to process on a conventional mixing mill and was particularly suited for rapid mixing and master-batching. This photograph was included in a 1949 Naval Air Experimental Station report on compounding rubber.

Banbury Mixer in the Rubber Compounding and Processing Laboratory