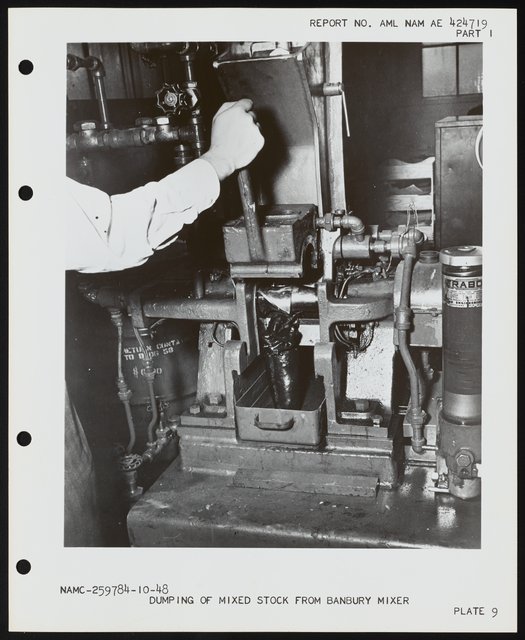 View of a worker dumping mixed rubber stock from the Banbury Mixer at the Naval Air Experimental Station's Rubber Compounding and Processing Laboratory. At the laboratory, the mixer was used to break down and mix rubber stocks that proved difficult to process on a conventional mixing mill and was particularly suited for rapid mixing and master-batching. This photograph was included in a 1949 Naval Air Experimental Station report on compounding rubber.