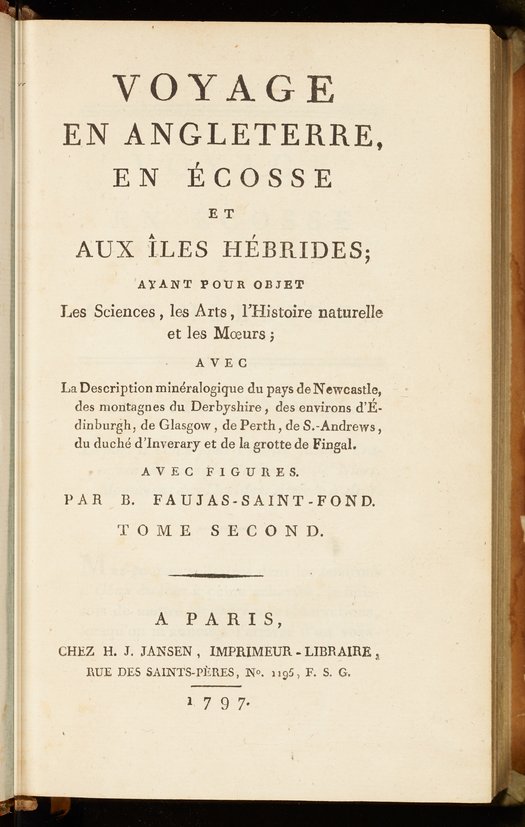 This book is volume 2 of 2 books written by French geologist Faujas-de-St.-Fond (1741-1819). In 1784 he traveled throughout England, Scotland, and the Hebrides. While the original publication is written in French, de-St.-Fond did speak and understand English. A valuable skill during his travels, as he did not need the aid of a translator, which led to easy conversations with locals. Early naturalists considered these conversations vital to their research, as the local people were considered part of the environment. Locals lived in a sort of symbiosis with their environment, with their culture affecting the environment and their environment affecting their culture. These volumes contain important information on the application of sciences to English industries, as well as the geology of the British Isles. The most notable of the descriptions on the British Isles is that of the geology of the Western Isles of Scotland, which include a plate of Fingal's Cave at the Isle of Staffa.

This volume's notable plates have been digitized, illustrating different places de-St.-Fond visited and notable specimens or artifacts he saw. Selected pages and plates contain additional information relating to that page. Both volumes of the first English translation, published in 1797, may also be found in the Digital Collections.

The Othmer Library also has microforms of another translation from 1907, printed in Glasgow, Scotland, which has not been digitized but is available for viewing in person by request at the Othmer Library. 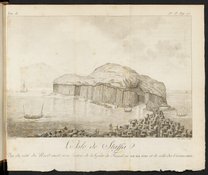 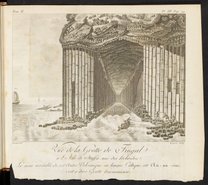 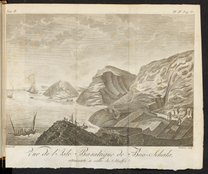 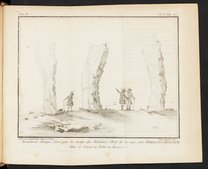