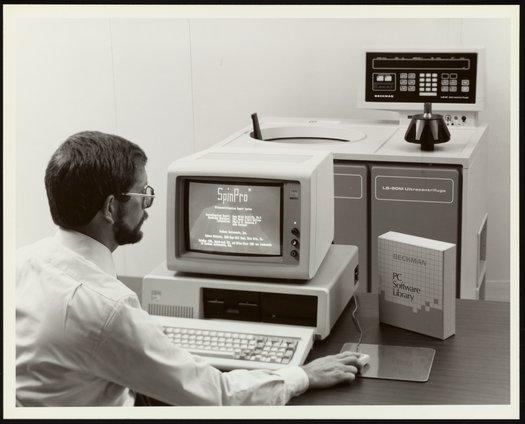 Designed to run on the IBM Personal Computer XT, the software of the Expert System (according to an article in the April 1986 issue of American Chemical Society) uses "Artificial Intelligence (AI) techniques to design efficient and accurate ultracentrifugation procedures." Users would answer a series of questions about their desired outcomes and parameters, and the software would recommend a procedure.