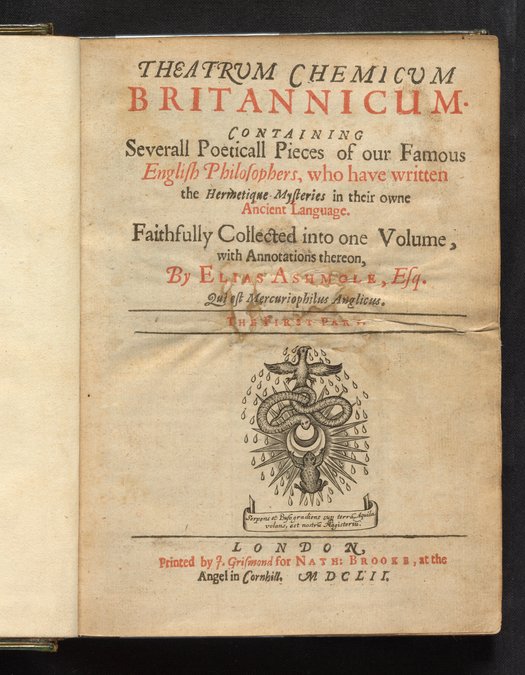 The engraved emblem on the lower half of this title page was made after a 15th-century illuminated manuscript (now preserved in the British Library) and depicts an eagle, snake, and toad against a solar and lunar backdrop surrounded by droplets. Underneath, in Latin, is the phrase "Serpens et Bufo gradiens sup terrá, Aquila volans, est nostrú Magisteriú." In alchemical symbolism, the toad and serpent may represent fixed and volatile elements, respectively, with the flying eagle representing sublimation.