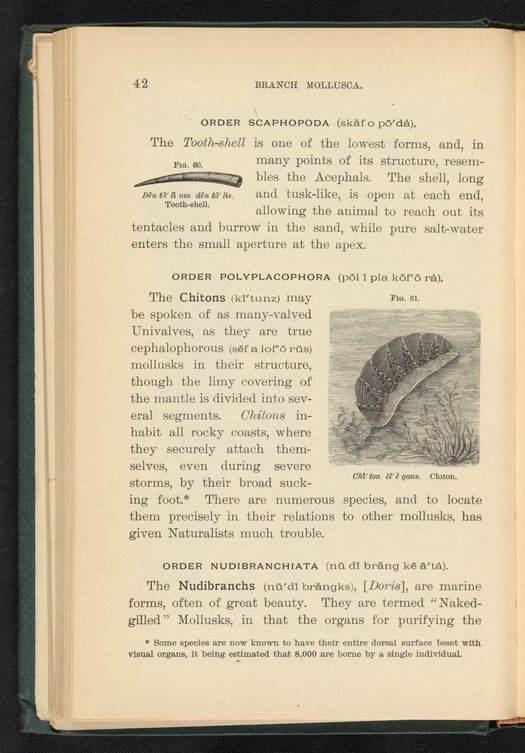 Figures 60 and 61 of the 1887 volume Popular Zoology. Figure 60 depicts a tooth-shell. Figure 61 depicts a chiton, also known as a sea-cradle or coat-of-mail shell.