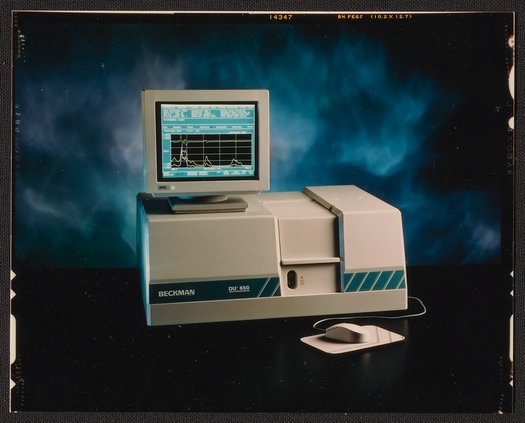 This computerized ultraviolet spectrophotometer used a micro-focused beam and could work with samples as small as 5uL.