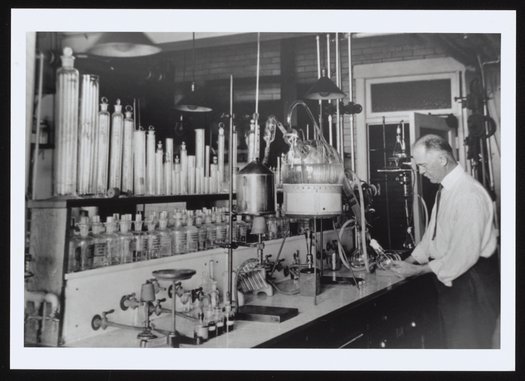 General view of an employee in the Bureau of Chemistry's Phytochemical Laboratory using a distillation apparatus to concentrate the odorous constituents of apples and peaches. Part of the U.S. Department of Agriculture, the Phytochemical Laboratory conducted research to ascertain the nature of the chemical substances that impart edible fruits with particular aromas. Such research was undertaken to help regulate the adulteration of natural fruit juices and artificial flavorings.