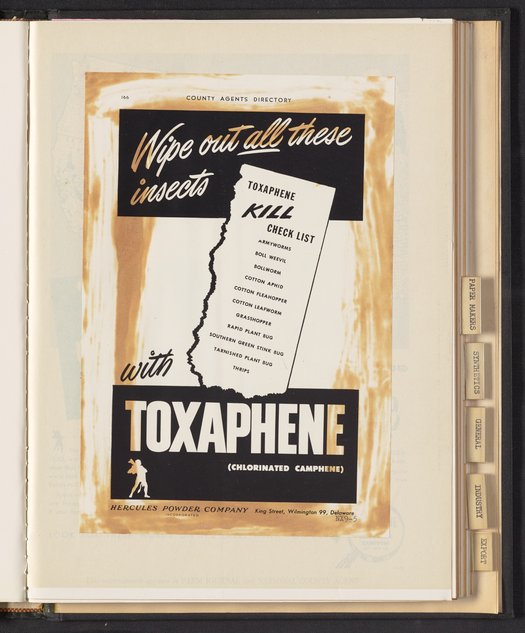 Advertisement for Toxaphene, a synthetic organic insecticide toxicant developed by the Hercules Powder Company primarily for use in agricultural insecticides. The advertisement includes a checklist of insects killed with Toxaphene, including armyworms, boll weevils, cotton fleahoppers, and southern green stink bugs.

Wipe out all these insects with Toxaphene