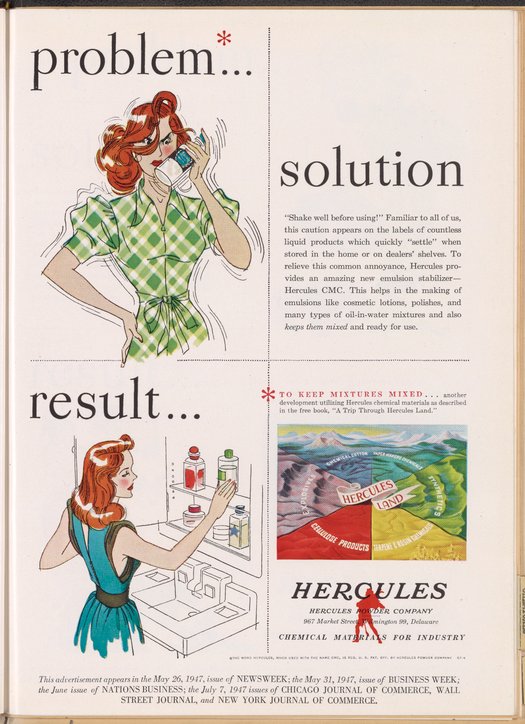 Advertisement for Hercules CMC, the trade name for a carboxymethylcellulose compound manufactured and sold by the Hercules Powder Company for use stabilizing emulsions in oil-water mixtures such as cosmetic lotions and polishes. This advertisement appeared in the May 26, 1947 issues of Newsweek; the May 31, 1947 issue of Business Week; the June issue of Nations Business; the July 7, 1947 issue of the Chicago Journal of Commerce, the Wall Street Journal, and the New York Journal of Commerce.