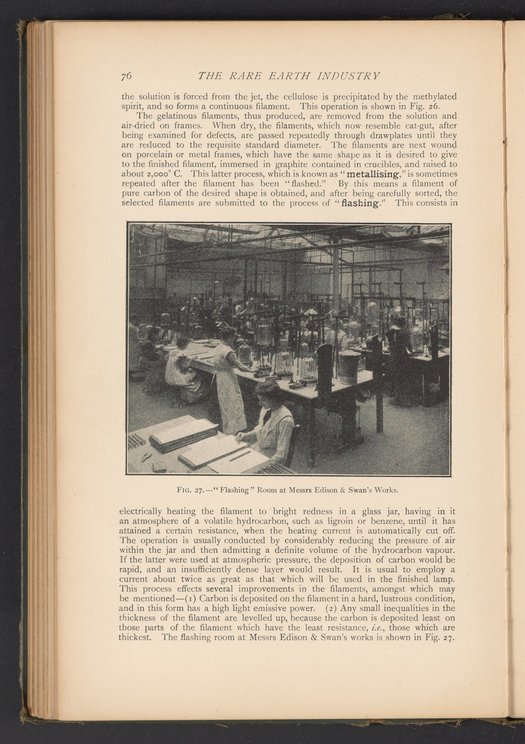 Figure 27 from the 1915 volume, The Rare Earth Industry depicting the "flashing" room of the Edison and Swan Electric Light Company. The illustration depicts scientists preparing filaments for incandescent electric glow lamps using a process called "flashing" in which carbon is deposited onto a filament.

The Rare Earth Industry details various industrial applications of rare earths and closely-related elements, including thorium, zirconium, tantalum, and tungsten. Particular attention is given to the illuminating effect of the oxides of thorium and cerium and their application to the manufacture of incandescent gas mantles and electric lamps. The volume also includes chapters on uranium and vanadium, as well as the industry of radioactive substances.