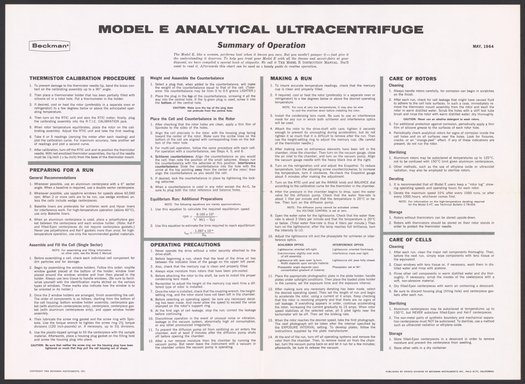 This wall chart was included as an insert in a 1974 Model E operating manual.